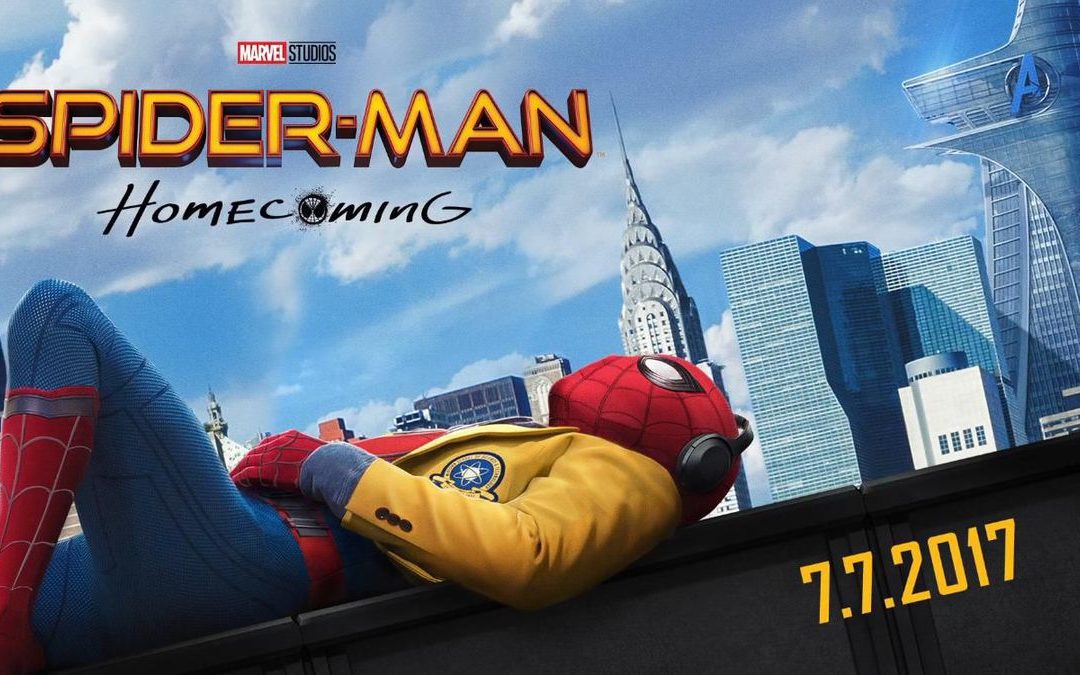 “With great power comes with great responsibility” spoken by Uncle Ben. What does this quote mean? These immortal words have motivated and encourage Peter Parker to become Spider-man. He is a special kind of person who became a superhero from hardships which are motivations to make him someone powerful and reliable in society. Why were hardships the only problem that made him who he is today? This question relates to Spider-man’s horrible past which changed his character and become one of the most respected superhero.

There is a certain reason of why he became a respected role model and superhero which people look up to him. In my observational study, I found that after his Uncle Ben’s death, Spider-man realize a calling to be a superhero who can protect his people from danger. Therefore, I will indicate some points about why Spider-man is extraordinary, one of the kind and different from others. These ideas will be expressed through his characeristics, his personality, significance of his suit and weaknesses.

First of all, I noticed that spiderman is one of the youngest superhero alive compared to other superheroes. Most superheroes like Batman, Superman, Iron man are older than him. He is being raised by his aunt and uncle which makes him a teenager. Most superheroes are usually older than him but why is he one of the greatest superheroes? Spider-man has demonstrate a clear role model for many children and teenagers as he is just like them and me. In this case, Peter Parker is a typical, unusual smart teenage kid. He goes to a typical high school, filled with school bullies and various professors. This suggest that his everyday life is similar to any youth’s life. In addition, he is just like us, we share the same school experience and want to acheive what we want to be in the future.

Besides being youthful, Spider-man is a considerate person which connects to his catchphrase, “your friendly neighborhood”. He is like everyone’s best friend. Every since he became Spiderman, he made changes to his life. He wants to interact with people and be lively, humourous and charismatic for his age. Based on this change, he wants to do better after learning his mistakes.This indicates how we teenagers take our mistakes as a self-improvement of ourselves. Furthermore, Green Goblin, who used to be Norman Osborn and Spiderman were once best friends and college roommates and they turned into opponents from several battles they have been through. Consequently, both found out each of their identities. However, the Green Goblin had a head trauma and forgot about everything about Spider-man’s identity. After 6 months later, he gain his memory and kept it hidden in order to get his revenge back at Spider-man.

But before that, what made him protect people around him? How is able to everyone from danger? Well, these curiosity comes down to how Spider-man is an orphan. Stan Lee wanted to make Spider-man an orphan to get him out of his house. This could lead to how he got bitten by a radioactive spider. This could be related to the Science fiction genre part of the story. It suggest that this danger gave an opportunity to change his life. From Stan Lee’s view, he wanted Spider-man From the author’s original story, it indicates Spider-man has the ability to cling to walls, superhuman strength, a sixth sense (“spider-sense”) that alerts him to danger, perfect balance and equilibrium, even superhuman speed and agility. Therefore, this gives an idea of using a spider as something that represents these abilities. This ability enables him to act fast and flexible just like us, teenagers are quick and sensitive because we are young.

Secondly, the significance of his simple costume. It may just look like it represent himself as a superhero called “Spider-man” but there is more meaning to that. Through my observation, Spider-man suit is very simple, unlike other superheroes have unique and advanced design in their costumes. For example, both Batman and Superman have a cape and Wonder Woman costume is made from armor. But Spider-man has a one-piece suit with only two colors: red and blue. It is also handmade which means he sews it by himself with a needle and thread.These two colours are the same colours as the American flag and same primary colours like Captain America’s costume, it is used to fascinate their target audience. Red symbolizes sacrifice, wounds and emotions. Red shows his sacrifice to his everyday life of fighting for those he love. By protecting them, he gets injured and wounded. Although he is wounded, he is happy that he has save them. Unless he is unable to protect them or death is their only solution.

Other than his suit, his mask with black lenses suggest concealment. It shows he wants to protect his identity without revealing to those around him as it might mean more harm to them. He wanted to discover himself as Spiderman more in depth. It brings back to the reason behind his actions when Iron Man took his costume away from him and rebuke him for not being responsible enough to take up his superhero role. At that moment,it gave him the idea to improve himself in order to rise and be worth to take on the superhero role. In this case, it gives an idea that his costume represent Spider-man instead of a teenage kid, Parker. Besides his suit, . A web cartridge belt is also worn under the suit, which has a spider-signal on the buckle. The suit also contains a special ear-piece that protects Spider-Man from the effects of Hobgoblin’s sonic attack.

Thirdly, let’s focus on the creation of Spider-man. From Stan Lee’s point of view, he wanted to create a another superhero who is unique and different from the other superheroes he had created before. For example, Superman, Batman and Wonder Woman. He suggested an idea of a superhero having to crawl on walls. But the publisher immediately disagree with his idea and saying it was the worse idea. He pointed out three things. Firstly, Spider-man cannot be a teenager, teenagers can only be sidekicks. Secondly, people hate spider and finally he cannot have personal problems. However, Stan Lee hired a artist to draw Spider-man and make him into the last issue of shuttered series Amazing Fantasy. As soon as that happens, the publisher agreed with Lee’s idea was great.

Fourthly, Spider-man is not entirely full of strengths and positive attributes. He has some weaknesses that could bring him down or shaken him in some way. Since he is inexperienced and young, serious threats might terrify him like a leaf. However, he controls his fear by telling jokes and insults to his villains. Compare to other superheroes like Superman, he just beats up his villains instantly. It may suggest that he is childish in the way he mocks the villain’s apperance and power. I mention childish in a way he fights against his opponents, he likes to take revenge and hold grudges.

Besides that, Spider-man is still unsure about himself. It may indicate that he is afraid of revealing his identity to the public. The thought of him having to remove his mask could be disturbing to him. Moreover, his lack of professionalism leads to more of his villains or opponents knows his true identity.

Lastly but most importantly, Spider-man is originally from a Pop Art movement since he was created in the 1960s. Pop Art was the art of popular culture. It was a visual art movement in which it gives a sense of optimism during the post war consumer boom in the 1950s and 1960s. It coexisted with the globalization of pop music and youth culture,represented by Elvis and the Beatles. Furthermore, Pop Art was brash, young and fun and confrontational to the artistic establishment and It has a common interest for mass-culture, mass-production and mass-media. But the question is how is Spider-man related to this Pop Art movement? It all relates to the impact of Pop Art movement on comics. It could possibly mean that all Marvel characters like Spider-man, Iron man, Batman are influenced by Pop Art. The marvel logo is found on Pop Art production which suggest that Marvel issues were produced by Pop Art production. In most Marvel comics, they were form by Pop Art images with bright colors and shades.

In conclusion, I have demonstrate my main points which are his characteristics, personality, significance of Spider-man’s suit, his weaknesses and the art movement. These points suggest that Spider-man is a unique superhero and different from other superheroes. During my observational study on the movie, Spider-man, I learned to observe Spider-man more in depth which change my perspective of him. Furthermore, many people who did not know or recognize his character might learn that a regular, teenage kid can be one of the most respected superhero among young children and teenagers in today’s modern society.

Here below are my thoughts and inspirations to help me write this essay on my superhero, Spiderman. 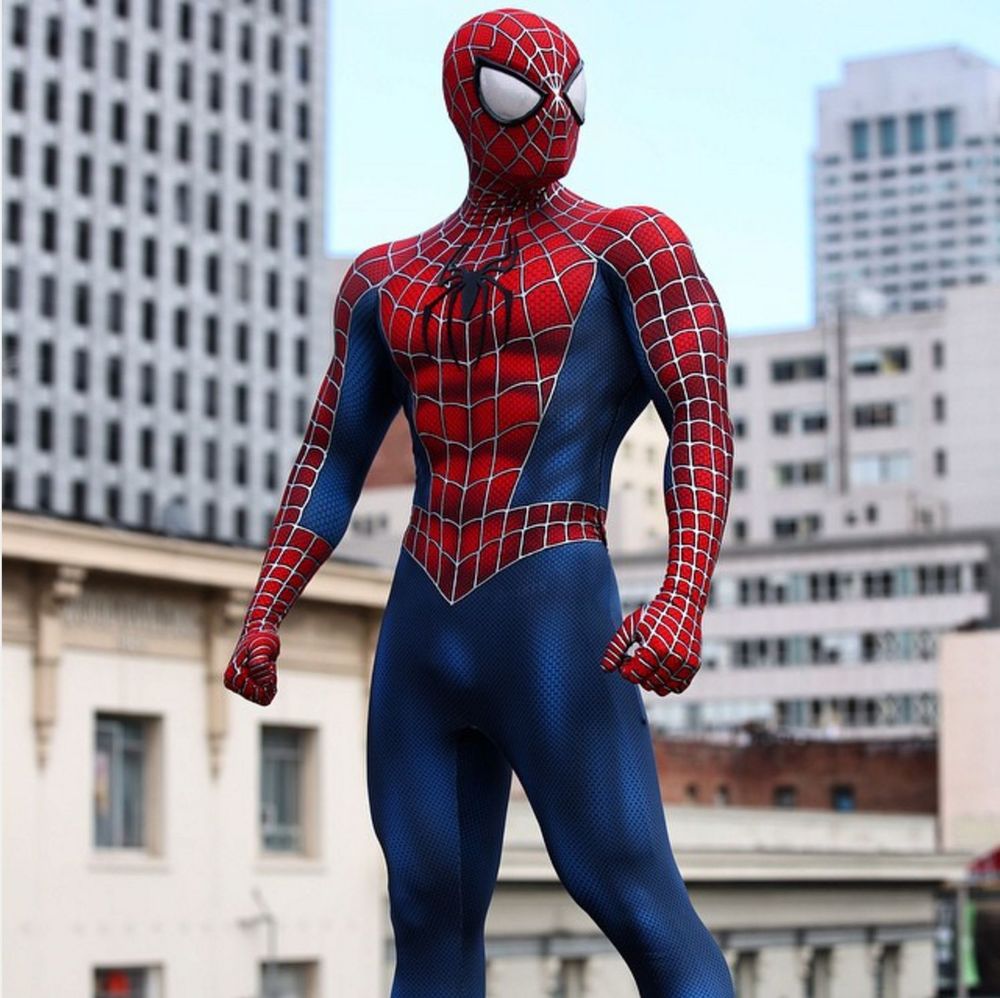 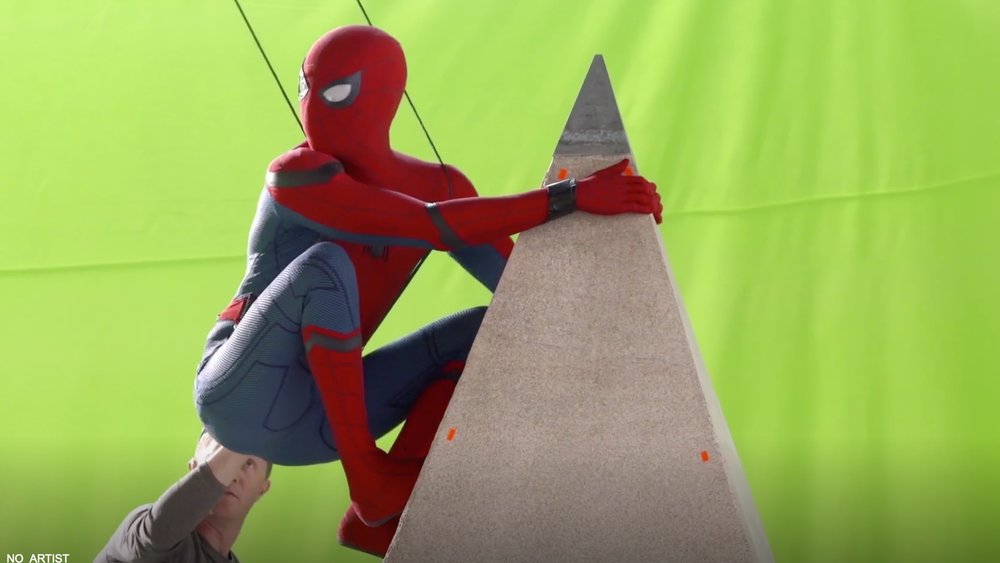 Figure 3: Tom Holland as Spider-man preparing to do his stunt. 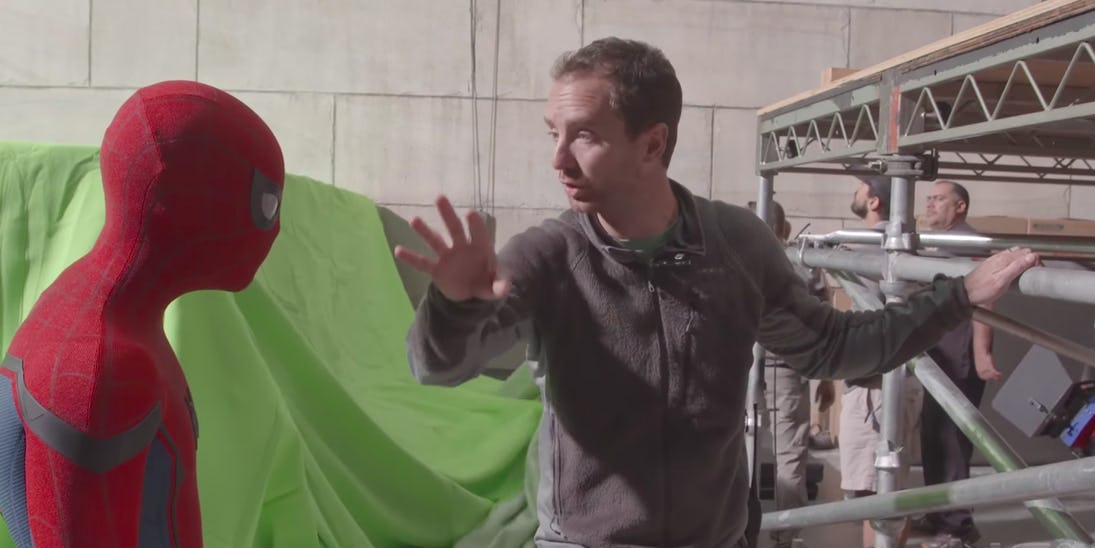 Figure 4: Production director explain the stunts he needs to do. 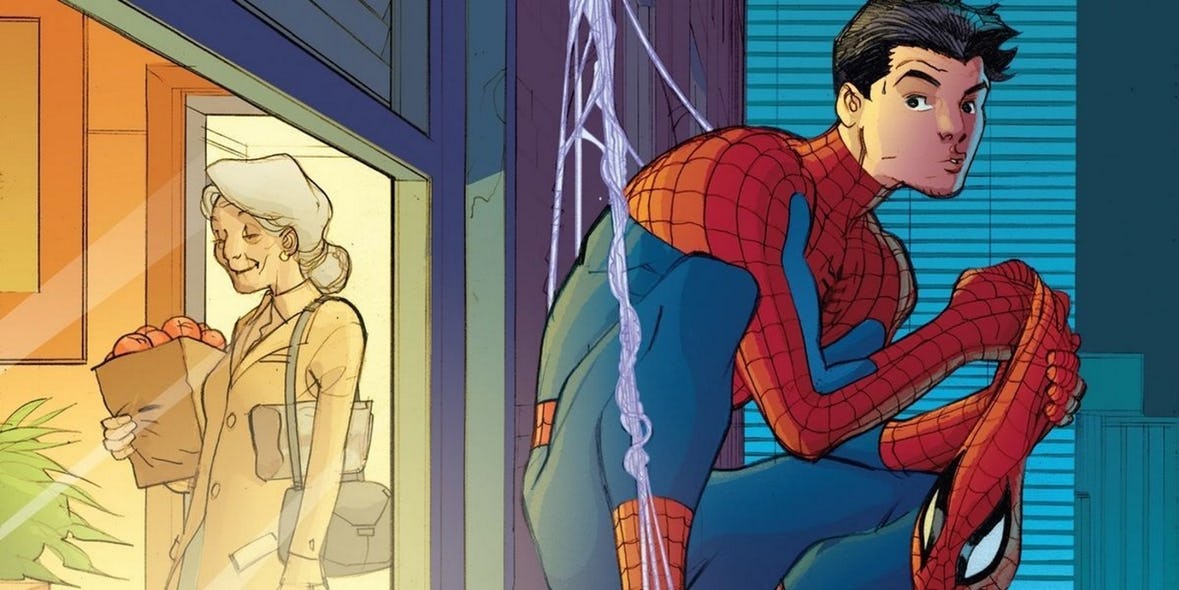 Figure 5: When Spider- man hide his identity from his Aunt May.

Here are my references that helped me in my research and writing the essay.

The Hollywood Reporter. (2018). Why Spider-Man Means So Much. [online] Available at: https://www.hollywoodreporter.com/heat-vision/spider-man-homecoming-why-does-peter-parker-mean-1019430 [Accessed 14 Feb. 2018].

Through this assignment, I learned many interesting things about Spider-man. It made me improve my research skills and how to look for the important keywords to help write my essay.