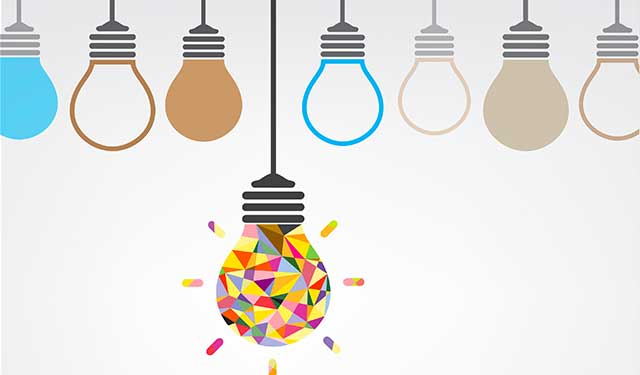 After coming up with our proposal ideas, we decided to change from making an  animation video to a short interactive game.

Here are the ideas we came up with:

We decided to create a game with a story line using a game making software, RPG maker. Our main character is Huderman.  The reason behind the main character’s name “Huderman” comes from the mixture of both Hulk and Spiderman.

Huderman has to guide his own story line to find solutions to control his anger with a pile of assignments he has. We decided to go ahead with the temporary title, Portions of Anger.

Before starting the storyline, we wrote down several examples on ways to reduce anger and ways to 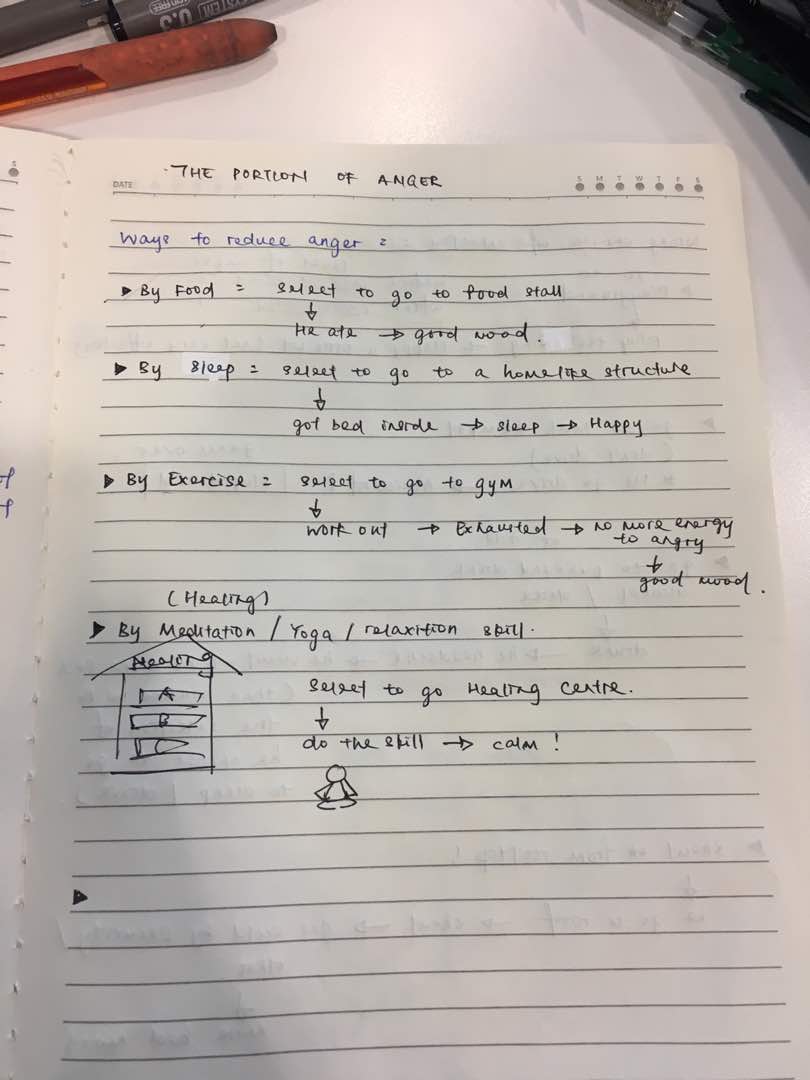 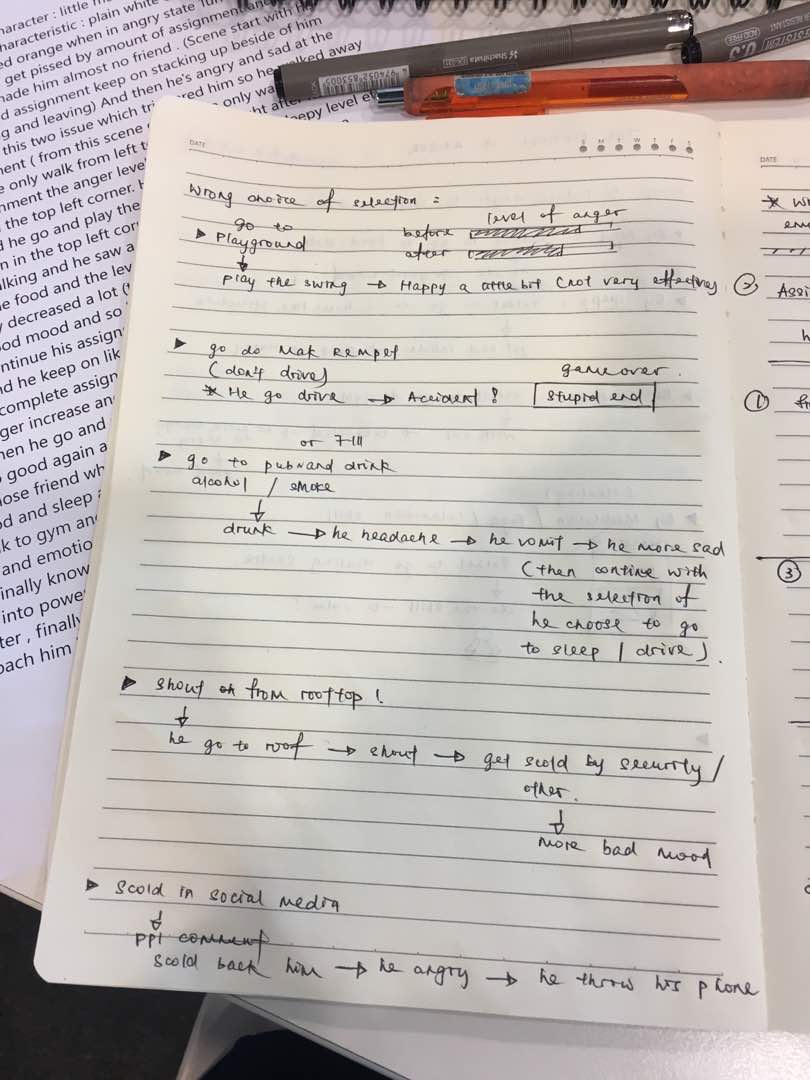 After discussing the ways to control anger, we created a basic storyline and main character.

Here is a brief summary of the main character and storyline.

we moved on to creating the whole flowchart of the game story line based on the character’s main reason for being angry. The main reason is that Huderman (the character) has to manage his social life and assignments at the same time. But due to his stress of his assignment, he loses his temper and put his anger on his friends. 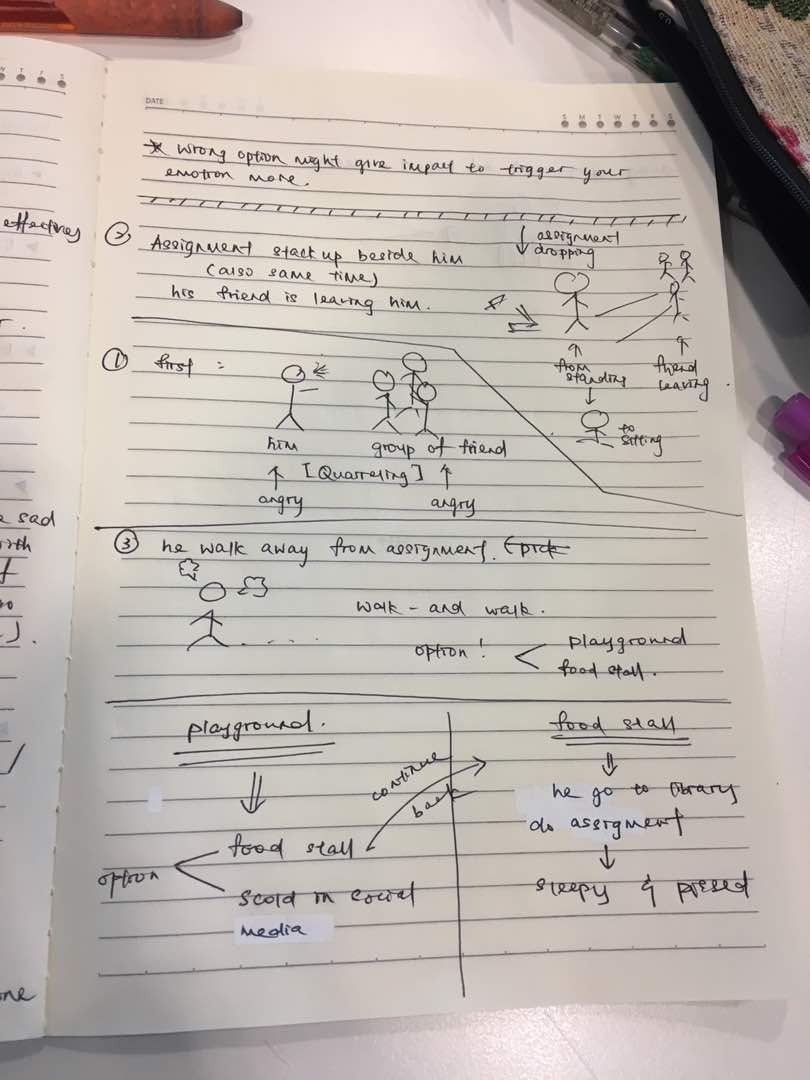 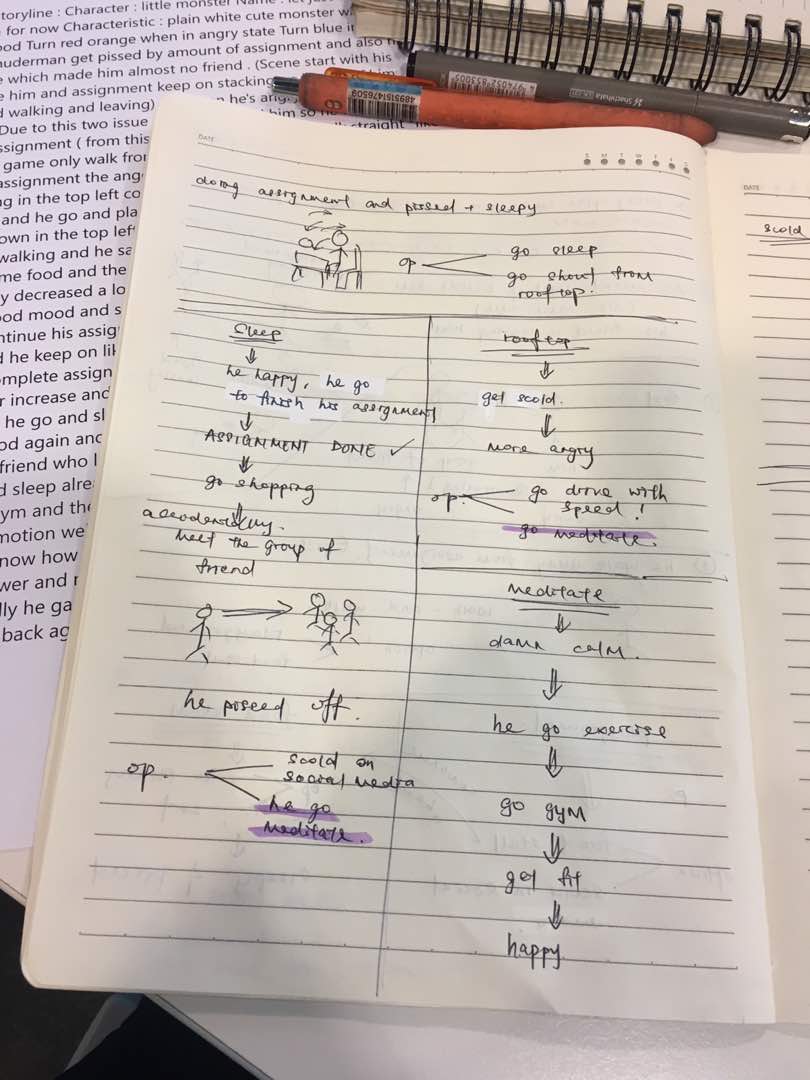 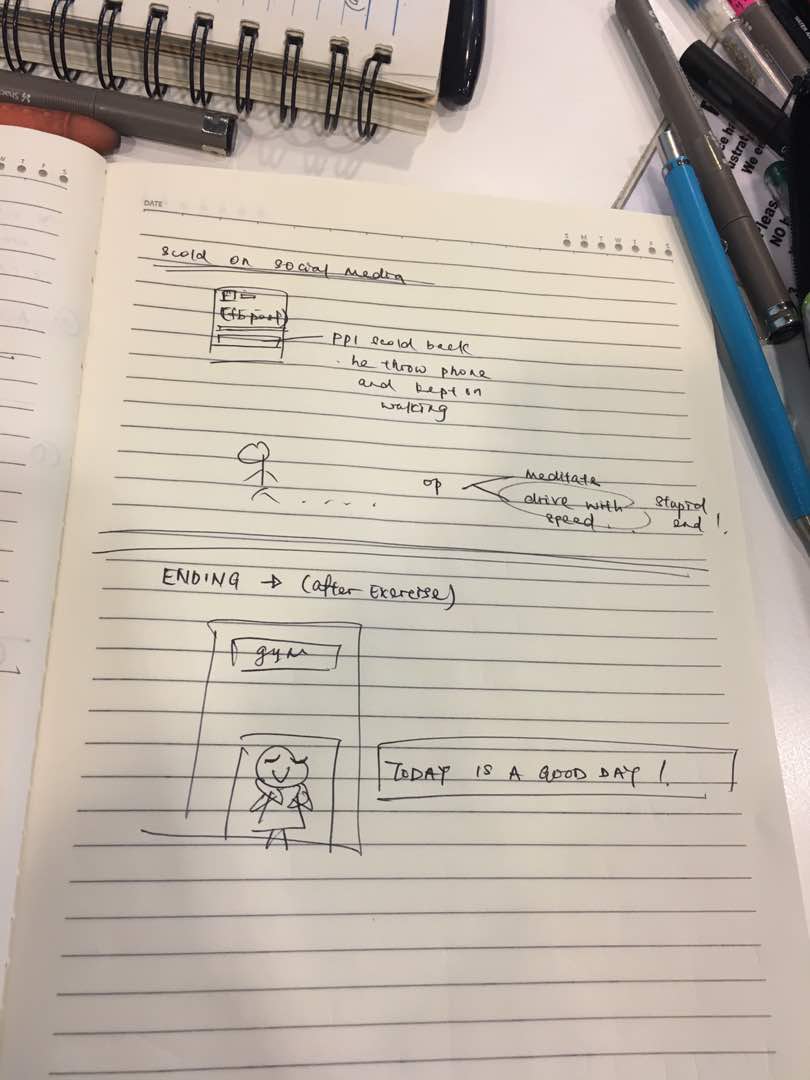 Now we have confirmed the main game idea and storyline, it is now time to move on to creating and designing the game! See you in the next blog post on my interactive game! =)