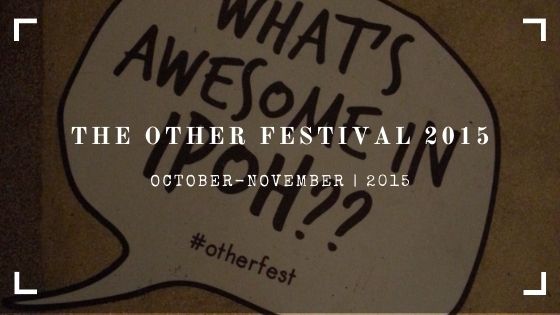 The other festival 2015 in Ipoh took place from 22nd October to 8th November 2015. The festival was supported by Ipoh Tourism.

My family and I came to watch the performances during the festival.

My parents, sister and I went to watch a amazing and thrilling theatre performance by a Japanese group. The company man is Cheeky Park and hosted by Kakiseni. The story line is about the lives of Japanese during their working hours in companies. They were some mime acting,juggling,  ballet, acrobatics and many more. They were very talented people and very flexible as well. The performance lasted about one hour and located behind the Han Chin Pet Soo museum.  It was their first time in Malaysia and had performed in some European countries. 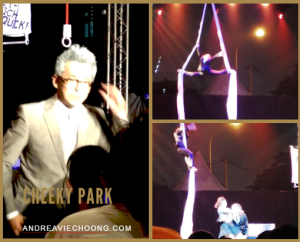 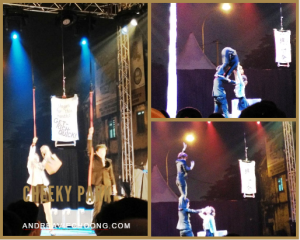 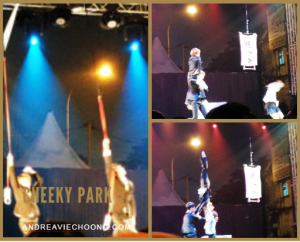 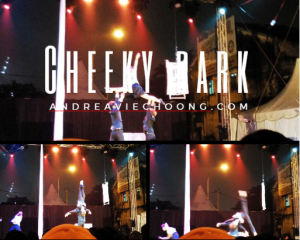 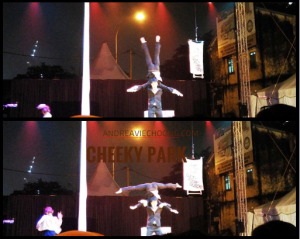 My dad, sister and I went to watch three horror movies also known as the 3 Doors of Horror. It was held in Sepaloh Art Center. It was hosted by Kakiseni. We only watched the first one because my sister and I could not stand watching the movie as we were closing our eyes and ears.

Later on, we walked to the Han Chi Pet Soo museum to attend the walk with the team called Ascent. Our tour guide was Zul. He came all the way from Kuala Lumpur and this is his hometown. There were four stations to go to in the walk. The first one is the Concubine Lane. It used to the lane for concubines stayed around that area. We watched some people performing a monologue around this lane.  Then, we went into one of the houses in that area. We took some photographs of the visual art displayed inside. 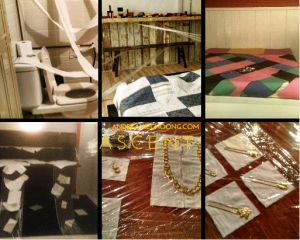 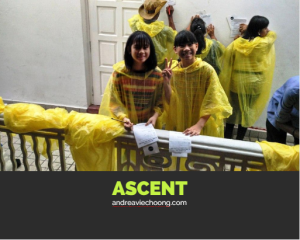 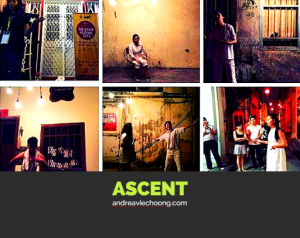 After that, we headed towards the Kong Heng Coffee Shop to watch a short skit about the love between the chicken kuey teow soup and the cream caramel. We were also allowed to order cream caramel, ice coffee or hot coffee in the coffee shop. Later on, we were given a lamp and walked to the Birch Memorial Clock Tower. It was also known as the ‘Ipoh Big Ben’ but a smaller version of the London Big Ben. It was built in memory of James WW Birch, the first British Resident. It was the last station of the walk so we decided to take a group photo together with the Clock Tower behind us. 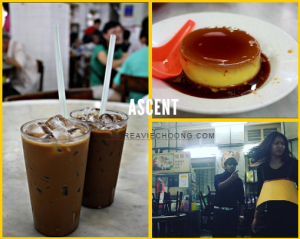 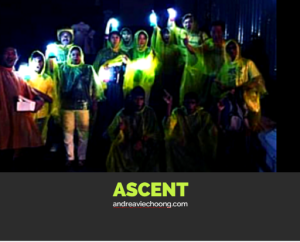 On the night of Halloween, my parents, sister and I went to watch and listen to a Halloween story telling in a old Majestic Station Hotel which had been abandoned for a long time ago. It is situated next to the Railway Station. The hotel was lighted up with dim lights  and creepy atmosphere. The storyteller was Bella Rahim. She is a talented writer, actress, producer, fashion stylist and singer. She told two stories in two different languages: Malay and English. After the short telling, she told us some of friends and her own experience of encountering ghosts and spirits. 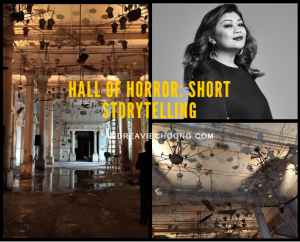 In the morning, we went to another trial around the Birch Memorial Clock Tower. But before that, we sat down under the black tent to discuss as a group about the names of the people and eras and match with the pictures on the Clock Tower in the worksheet. Afterwards, we walked up to the Clock Tower and took photos of it. We also took a group photo together. Then, we went to the Wai Qi Shiar Newspaper Press shop to take a look at some of the things they do when producing a newspaper article. The tour was led by the Alphabet Press called L.E.A.D. He showed us some the English letters and Chinese characters used in that shop and machinery to produce it. It took many weeks to finish this process so they needed to work faster before the deadline comes.

In the afternoon, my dad,sister and I went to the Bar to Bar Historical Fiction Walk from the FMS bar to the Sinhalese Bar. The tour guide is Patrick Teoh. He led us to the local attractions around Old Town and told us some brief history about these places. A Scottish man named Ian Anderson told us about the Han Chin Pet Soo museum and the shop called Ho Yan Ho which is a herbal tea museum. Finally, at our last point, we stopped at the Sinhalese Bar and the owner’s son, John took over the business.

After the walk was over, we rushed over to Kong Heng Coffee Shop for another trail walk. It is led by a writer named Bernice Chauly. She was a mixed Punjabi Chinese and has many memorable memories around Old Town. She took us around the places that she could recall during her childhood. Those places were Kinta River, coffee shops and shop houses around the 14 Leech Street. 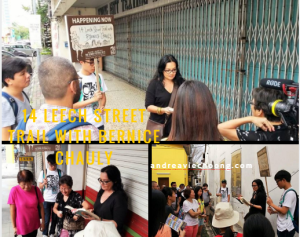 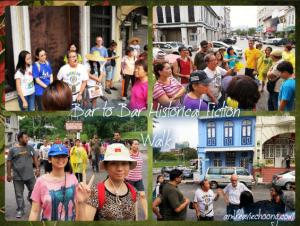 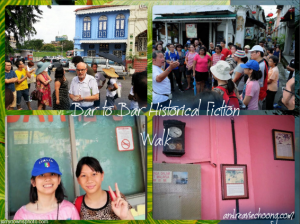 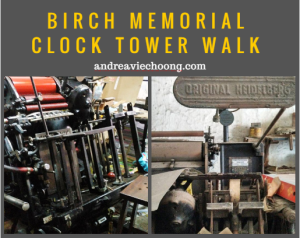 On Friday night, my parents, sister and I watched a wonderful and beautiful gamelan performance by the Hands percussion team. It was held in the Sepaloh Art Centre . Gamelan are a group of musical instruments that came from Indonesia. They played some famous songs from English, Chinese and many more. 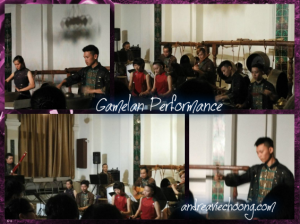 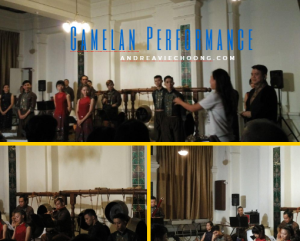 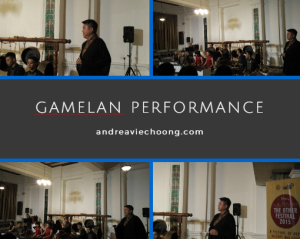 On Saturday night, we watched a finale of the Other Festival 2015 in front of the Birch Memorial Clock Tower. Many people came to watch it and food bazaars were going on around that area. The first performance was done by the 4 rappers called Colorvoices. They were very talented in their raps. Later on, there was a short greeting to the special manikins that came on that night. They looked real because the way that people made them looked similar to the real people. Later on, the highlight of the night was the drum performance by the Hands percussion and the people who attend the workshop earlier in the morning. They performed many spectacular performances with the Chinese drums. 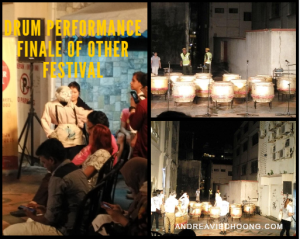 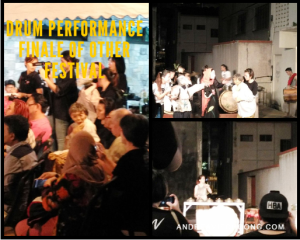 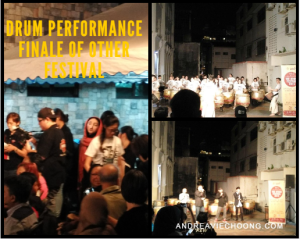 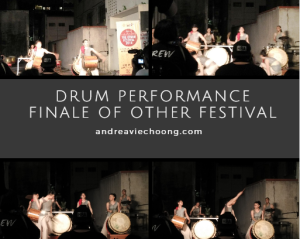 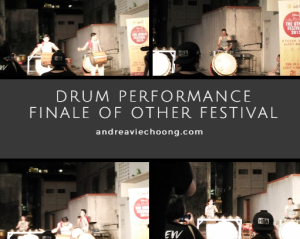 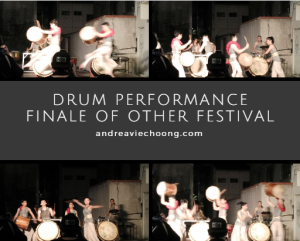