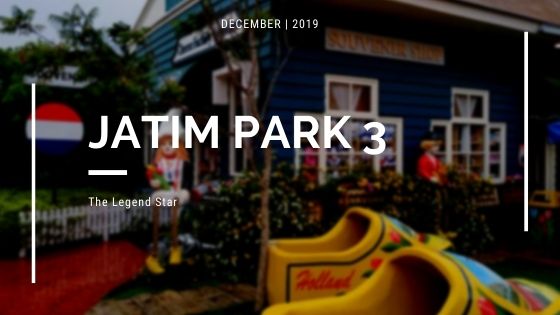 During our one-month vacation, we travelled to Batu (Kota Batu in Indonesian) to enjoy the attractions in Jatim Park 3. There was not only one Jatim Park, but there are 3 different types of theme parks. Each of them has a different concept. This theme park is a huge one that consists of 13 smaller theme parks altogether. The one that left an impression on me was The Legend Star.

There are different sections in The Legend Star: – the ones that we took photos at are in bold.

As we entered into the Colosseum, there was loud music playing in the background used when Sparta warriors fight in the battle. We could use the props provided near the photo area to make us look like we are the leader of the Sparta army. The models were really realistic as they were made of wax.

How we blend in with the concept:

And here we are actually:

Here is the best of the best in my opinion. We spend the longest time in here. We took photos with many Hollywood stars and tried to act casual with the models to look as if we really met them in real life. There was award-winning background music playing at the back as well.

After that, I went around to find famous Hollywood figures who I know and took photos with them.

I even won an award from Hollywood! Yay! (Hehe just kidding 😂)

My sister recorded my extra cat walking and poses when walking through the red carpet as a Hollywood star!

#3: US PRESIDENT’S OFFICE / THE WHITE HOUSE

We took photos with the past US president, Barack Obama. We went into his office and pretended to be him. There was a wax model of him with a family photo frame on his table.

I got to meet the Duke and Duchess of Cambridge, Prince William, and Kate Middleton. I sat on the royal chair as if I was treated as their VIP guest in the palace.

I love how they decorated the area to look at the British palace so I took another photo with the decoration behind me.

We also found Hogwarts! We didn’t go in as we needed to pay extra to take photos inside.

A short timelapse of Hogwarts

We didn’t spend much at this station as we were not fond of football. But I met one of the well-known footballer, David Beckham.

Here are some photos of this station:

We took photos with the hilarious colourful cow with sunglasses. It was raining so we had to carry our umbrella with us.

The highlight of this station was the Winter Wonderland recommended by our aunt. My sister and I went in after zipping up our thick jackets and headed inside to a freezing adventure.

Winter Wonderland from the outside:

Inside with the icy house and lights:

We love the atmosphere of the Korean zone. There was a Korean song playing in the background. We covered the guard’s with our umbrella so they won’t get wet in the rain (hehe)

A short video of Korean zone:

We had a fight with Jackie Chan, one of the best actors who does martial arts. I mimicked his pose too!

We even met Andy Lau in his outfit from his movie, The Great Wall.

Before we entered the National Palace, we took a photo with it. It was really grand and elegant, it almost looked like the real palace. The way they decorated the palace was really mesmerizing to look at.

We followed Joko Widodo‘s hand gesture when he is giving a speech.

My sister admiring the Indonesian president, Joko Widodo while I am recording the moment.

Here are more famous figures we met at The Legend Star. I did not know where these figures will fit in which category.

3. MOTHER TERESA: Honoured in the Catholic Church as Saint Teresa of Calcutta

Overall, our one-day trip to Jatim Park 3 was a success! We visited many concepts that are made in The Legend Star. Although we did not finish going to the other theme parks, we hope that we can visit again and explore them.