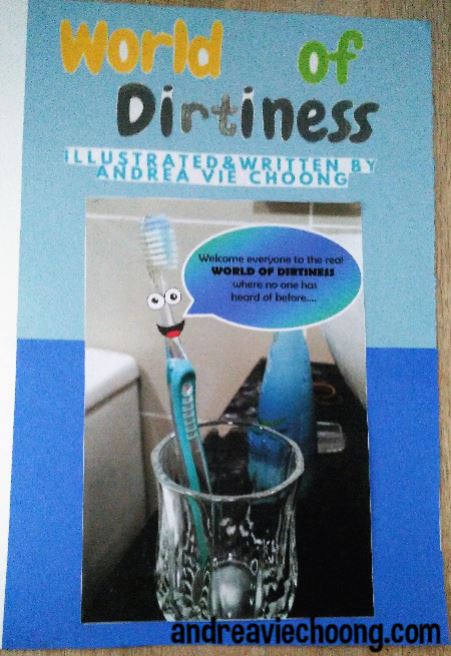 Have you ever created a comic strip on your own? But it mustn’t include humans, but only objects? This is my first time creating a comic strip and it was challenging at first, but I made it at last!

My comic strip is about how the main character, Toothbrush meets random objects that he never meets before in reality. This comic shows a unrealistic encounter if these objects do meet each other. The objects are paintbrush, shoe and pillow. All of them have different stories from each other.

This is the front cover. It shows the main character, Toothbrush. He welcomes the reader to read about how dirty their job is for the humans. The title is “World Of Dirtiness”.

The first page tells a encounter between the toothbrush and paintbrush by a coincidence. While the toothbrush was on the bathroom sink, the human places the paintbrush in the sink to be washed later. And that’s how they began to share their stories. 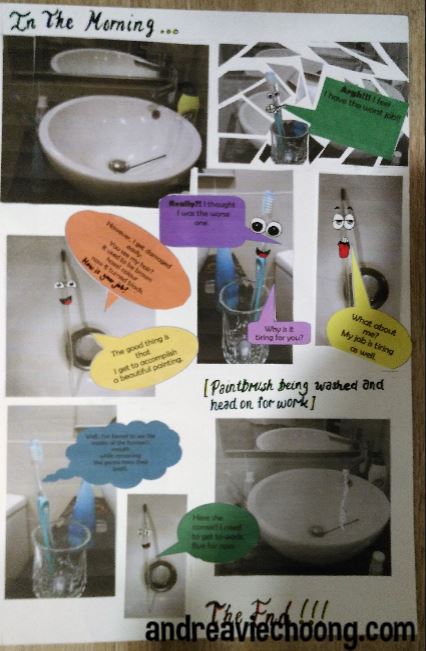 The second page shows that the toothbrush went outside and met a shoe near a shoe rack. They both shared their stories and console each other for their sufferings. 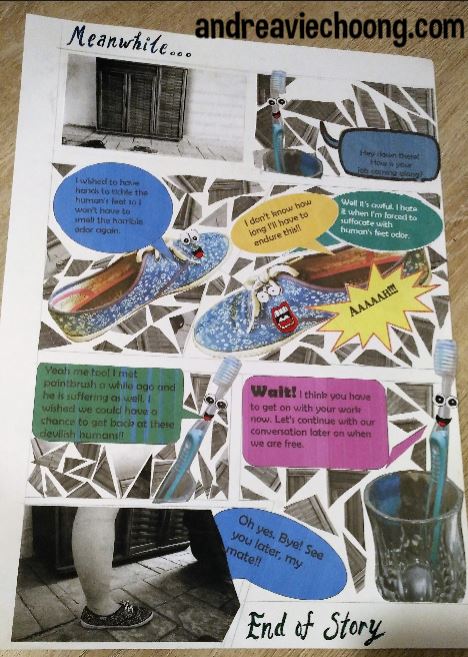 The last page is similar to the first and second story but it has a plot twist at the end. The pillow wished to have arms to punch humans away from her in order to end her sufferings for just one day. But then out of nowhere, she is granted and had arms. 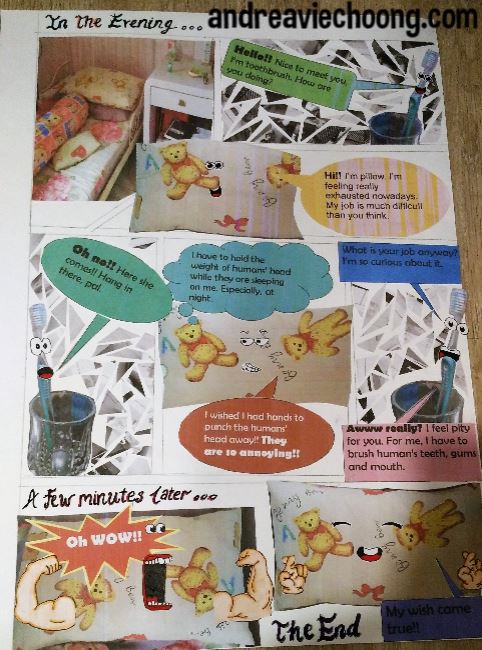 This is the back cover. The toothbrush reminds the reader how much sufferings they have to endure in order to continue their lives. 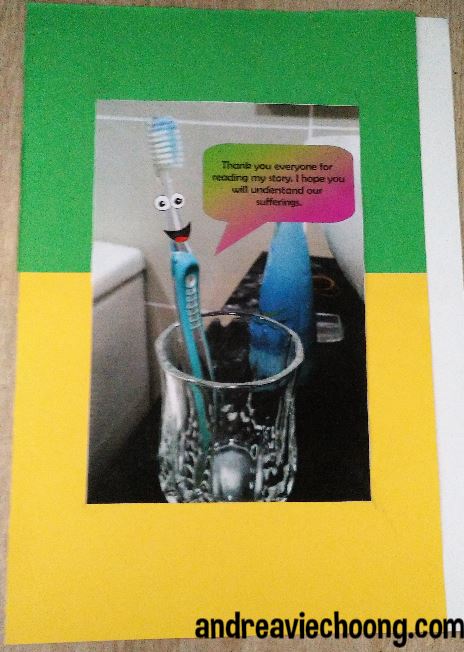 This is my Idea Journal of how I develop my ideas to create this comic strip.

After completing this assignment, I learned to create a comic strip that it is very different from other common comic strips. I have learned how to layout the comic strip from the Internet to make it seem more interesting to read. Most importantly, the angle I chose to take photos of the objects.